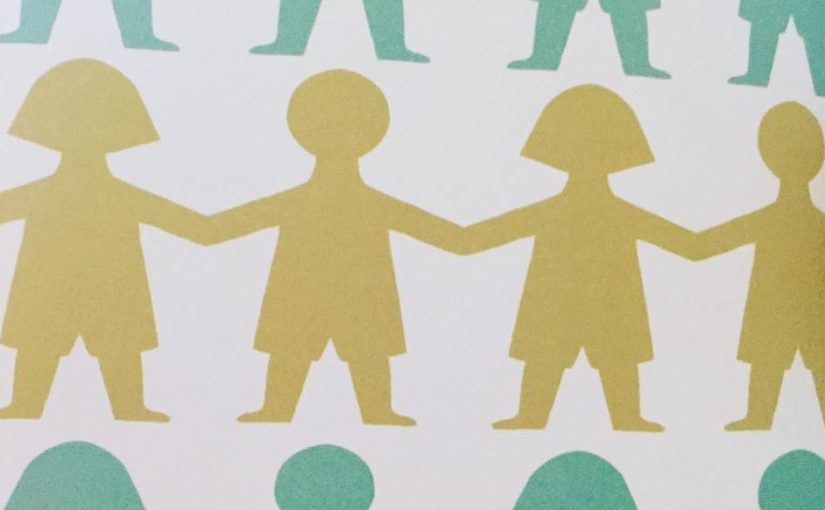 What do we mean by alienation?

Much discussion about alienationof children in divorce and separation, is around what one parent is doing to the other. Alienation means many things, we consider that it means that a child’s right to an unfolding sense of self which is sovereign and unique to them, has been colonised by the influencing parent so that their needs are met at the expense of the childs. Which means that a child who has been alienated has particular needs because their own needs have not been properly met and because they have become used to meeting other people’s needs before their own.

We also recognise that the child who has been induced to use the defence of psychological splitting is a child who has become alienated from their own sense of a whole self.

The Onset of an Alienation Reaction

In order to understand a child in recovery from induced psychological splitting (alienation) , it is important to recognise the path that a child takes into using the defence. In our assessment and differentiation work, we are always seeking to understand how the child became

This is a common behaviour seen in children of divorce and separation and is one which is sometimes useful to them. Compartmentalisation means being able to keep part of your world separate. We all use it as a psychological tool, it helps us to concentrate on our work when we are worried about things at home and it assists us in being able to juggle tasks which would otherwise become overwhelming to us.

Children of divorce and separation use compartmentalisation when their worlds become distinctly different after family separation. What was once a whole internalised experience of mum and dad, now becomes two very separate parts. In mums world life will have a particular feeling and quality, in dads world it may be entirely different. How children cope with this difference depends upon their capacity to hold the two realities in mind at once, compartmentalising the two parts is how this is achieved.

In order to prevent a child from raising the defence of psychological splitting, compartmentalisation is necessary. This is why we always encourage parents to enable the child to bring something of their other world into their life in the here and now. Of course where parents are alienating, that is not possible and so compartmentalisation gives way to switching behaviours.

Switching behaviours are where the child changes their whole personality to suit the parent they are currently with. When a child is switching they have divided the self into two parts, one part which is acceptable in their eyes to the parent they are with, the other part which is acceptable to the other parent, is hidden from view. Alienating parents drive children into switching behaviours when they do not allow the child to bring things from the other parents home back into their home or when they insist on changing children’s clothes on arrival or return or where they ignore the child if the child does something which is reminiscent of the other parent. Switching is a pathological behaviour in a child, which means that it is a forced adaptive response to a parent’s refusal to accept the whole of who the child is. Switching behaviours cause a child to be entirely different in one home to the way they are in the other.

Psychological splitting means that a child has utilised a defence of splitting their feelings about themselves into all good and all bad. The bad part of the child, is disposed of into the unconscious, which means that the child is only conscious of the good part of themselves. Whilst the child considers this part to be good, their behaviours appear as anything but. Children who have utilised splitting to cope in the past separation landscape are arrogant, entitled, self righteous and fixed in their belief that they are good and the parent they are aligned to is good and anyone who tries to persuade them otherwise is bad.

To have a whole sense of self a child draws upon relationships from each side of its family, experiencing those as internalised ‘objects’ which they relate to in their imaginary world as well as in the outside world. We might call this our internal world and the figures which populate it are the important people from our childhood.

As the child grows into a teenager, the external and internal family relationships are replaced by external role models which offer the growing adolescent a guide to whom they may become. Sports figures and pop-stars are perfect examples of role models which replace parents in the transition to adulthood.

In ordinary circumstances, the child’s internalised sense of their mother and father is that they are one whole experience and that there is no separate mom and dad but more a joined up mom/dad experience which is, in the felt sense1 the combination of the two external relational experiences internalised as one.

A child whose parents separate, has particular challenges to overcome, not least the fact that the internalised sense of mom/dad are now entirely separate in the outside world. Add into that mix new adults in the lives of each parent and things become more complex. Now the child has to work out how to relate psychologically and emotionally to these two very different external experiences whilst on the inside they have to cope with the way that the world feels fragmented and split. Add to that one parent demanding attention and allegiance or being upset and distressed and requiring the child’s care and the capacity to maintain an integrated sense of self begins to disappear.

The defence mechanism of psychological splitting appears in a child who is pressured in the internal and outside world and who can no longer hold different realities in mind. When mom and dad are two separate external experiences and the internal world is fractured, the child is vulnerable. If either mom or dad then begins a process of pressurising the child into alignment, by subtle means or otherwise, the child’s capacity to maintain an integrated sense of self is diminished.

A defence arises to protect the child from overwhelming sensations in the internal world. Think of it as a dam which is placed in the way of emotions which overcome the child’s capacity to sort out their own feelings. The defence of splitting, is an infantile defence which causes the child to regress in their emotional and psychological capacity, this is why it is harmful to the child to cause it.

Splitting is caused by overwhelming pressure which leads to the child creating a defence from which a false persona or self arises. This false self is the alienated self, the outcome of the pressure put upon the child. It is why the child who is alienated appears to be so radically different to the real child that you know. The alienated child has a false persona which has arisen via the onset of the defence of splitting. This false self is wholly aligned to the parent who has caused the splitting to occur. The child’s real or healthy self, the part of the child which loves all of their family members unconsciously, is hidden away in the unconscious world of the child, out of their sight and mind.

Your child may have utilised the defence of psychological splitting because of a convergence of dynamics or, they may have been subjected to simple but powerful messages designed to alienate. However the defence arose, the reality for your child is that the life they lived as an alienated child felt authentic to them even though it wasn’t. Therefore, if your child is being moved to live with you after residence transfer, or is being re-connected to you via structured therapeutic work. Understanding how the world felt and feels to your child is vital.

When we talk about parts of the self we mean that the child has used a defence mechanism which has divided the child’s own internalised sense of self into distinct parts. Sometimes the child will be aware of those different parts of the self, sometimes not. At times a child may sense that there are other feelings that they might have about the self or other people, which are being held out of their conscious mind, at other times there is no access to that awareness.

The form of splitting and parts of the child we are talking about in alienation, is a defence which is utilised by children and it is one which is recognisable by the way that the child presents.

To help you understand what we mean by this here is a diagram of the four key parts of the self that induced psychological splitting causes in an alienated child.

1An inner knowing which Gendlin called the “felt sense”, “a special kind of internal bodily awareness … a body-sense of meaning” (Gendlin, 1981: 10)

Working With the Language of Parts

We will shortly be introducing our 2021 schedule of training for practitioners. Based upon our work with children suffering from induced psychological splitting over ten years, this year our training will focus upon skilling practitioners to understand how to work with alienated children using internal family systems and structural family therapy. These trainings are basic introductions to the Clinic’s approach to working with alienation of children in divorce and separation. If you are interested in training with us, check back for details. All training is online this year. Next year we hope to return to providing some training face to face.

An Evidence Based, Certified Training in Understanding and Working with Alienated Children and Families.

The Clinic is in preparation with a UK University, for a full evaluation of our work over the past decade. This evaluation, which will use quantative and qualitative methods to examine processes and outcomes of all of the Clinic’s services, will provide an evidence base for a certified training for professionals seeking to work with alienated children and families. This is a major project for the Family Separation Clinic, which will be accompanied by our new handbook for professionals. Alongside evaluation of services, we are preparing online training materials which have relevance across all legislative borders, to enable mental health professionals around the world to use our theoretical model of understanding, our differentiation route to treatment planning and treatment routes to fit the needs of mild to severe alienation of children in divorce and separation. I will update on progress here regularly, we begin this work in April 2021 and it will be completed and ready for use in April 2022.